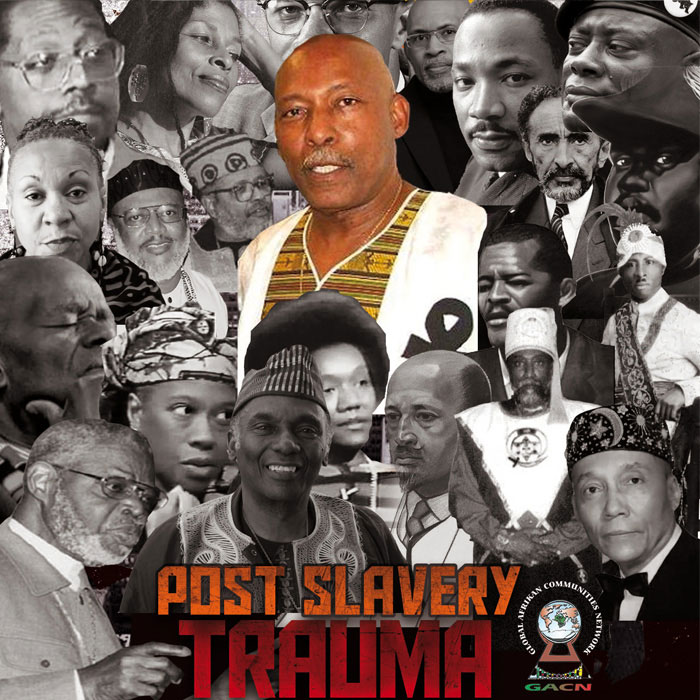 Presented by the G.A.C.N. (Global Afrikan Community Network), Professor James Small lecture series is priced for the entire family to enjoy. Children under 16 years are FREE, Students pay $10 at the door, with a valid high school or post secondary school ID and adults can purchase advance tickets for $20 each day or $35 for both days.

Professor James Small will discuss Post Traumatic Slavery Syndrome/Disorder and Overstanding True African Religion & Spiritual Systems. He will take you on an amazing 2 day journey through the effects of the Maafa and its impact on the minds of the African family. Professor James Small will relay solutions on how the African family can unravel the effects through the inner/over and understanding of the African spiritual systems and the powers that it possess. Powers that have been left and are now ready to be reclaimed.

Join students, media, Academia and the community on Saturday April 29, 2017 before the lecture, for a special viewing of the documentary ‘Out Of Darkness’.

Bring your business cards and connect with amazing vendors exhibiting an array of African inspired products & services in the the Black Market.

Professor James Small is considered a living legend in the fight for the liberation of the minds of his people and against Eurocentric distortion of world history. Much of Professor James Small’s expertise is found in African traditional spirituality, African-American history & culture. He has conducted tours of Africa for over 25 years. For eleven years, Professor James Small served as principal bodyguard to the late Ella L. Collins, the sister of Malcolm X, the then President of the Organization of Afro-American Unity (O.A.A.U.). Between the years of 1966 and 1980, Professor James Small held membership in the Student Non-violent Coordinating Committee (S.N.C.C.), the N.A.A.C.P, Uhuru fighters and O.A.A.U. During this period Professor James Small had the opportunity to interact with such historical giants as Congressman Adam Clayton Powell Jr., Kwame Ture, H. Rap Brown of S.N.C.C, Eldridge Cleaver, Zaid Shakur, and Lumumba Shakur of the Black Panther Party (B.P.P.) in which he served as a liaison between the B.P.P. and the O.A.A.U. He has taught for nearly twenty years at the City University of New York, including 15 years at the City College of New York’s Black Studies Department, thirteen of those years also serving as an administrator and two years at New York City Technical College.

In addition, Professor James Small has taught courses on Malcolm X, Traditional African Religion, Pan Africanism, Crime in the Urban Community, Urban Crisis and Issues, and African Folklore. He is a member of the Association for the Study of Classical African Civilization (A.S.C.A.C.) for 14 years and has served as President of A.S.C.A.C Eastern Region for two years, where he worked and studied with Dr. John Henrik Clarke, Dr. Yosef A. A. ben-Jochannan, Dr. Leonard Jeffries, Dr. Ivan Van Sertima, Dr. Asa Hilliard, Dr. Wade Nobles, Dr. Amos Wilson and Dr. Francis Cress Welsing, just to name a few.
For Information & Tickets: 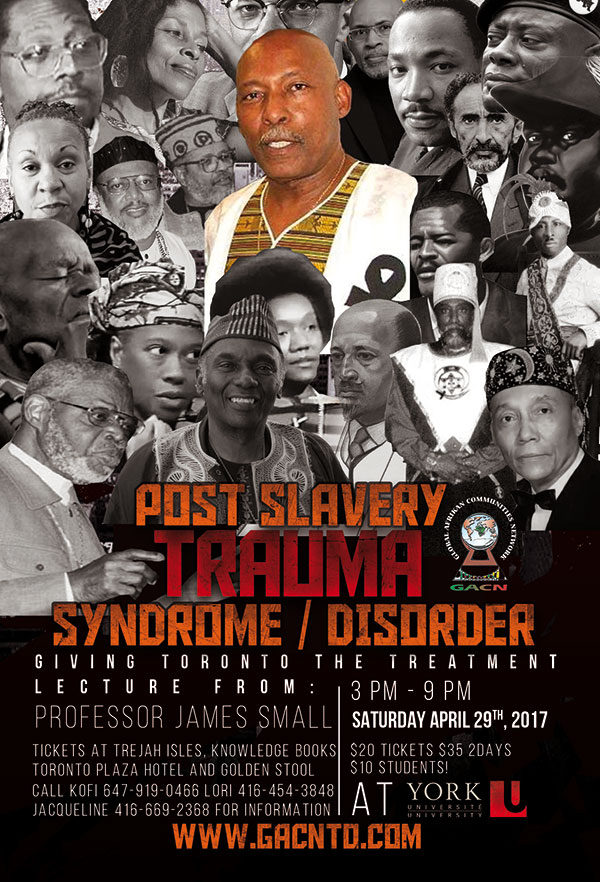